Lisa: (00:09)
Hello stitchers. Welcome to a bonus episode of stitch please the black women's stitch podcast. I wanted to come on today and provide a little bit of context for next week's episode as well as a special event that's happening next month. Next week's episode is a discussion with Queenora Irvin. She is a prep ..is the proprietor of Finer Fabrics By Queenora, this is a custom fabric company individually owned and operated, so I thought I would take the time to talk a bit about custom fabrics. I'm not sure how familiar everyone is with custom fabrics. I am only familiar with them as a consumer, but I wanted to share some basic terms that a little bit of a basic overview because when I first learned about it or first heard of it, I was pretty confused and didn't understand how it worked compared to a brick and mortar fabric store as well as other odd live fabric shopping. So that's what I wanted us to talk about today.

Lisa: (01:20)
There are five basic terms that I kept hearing a lot when I first started participating in custom fabric ordering and they are rounds r o, u n d s like rounds of a fight or boxing match, two basses, B a s e s three preorders for testers, like those who take a test and five retail. These I think are fundamental elements of the custom fabric world. And I want to just do a brief introduction or definition of these so that when we listen to Queenora and talk with her next week, we have a bit of an idea about what the industry she's participating in is about first many people who operate these custom fabric businesses offer what they call rounds of fabric. They will assemble and um, a collection of art. And that will be a finite period of weeks that people can look at the fabric, look at the designs and sometimes the rounds have names.

Lisa: (02:28)
Like the one that Queenora is working on now is called African inspired. Um, and so that is the African inspired round. The next round will be called something else. Some people have, they do 12 rounds a year, some people do four rounds a year. It's just a finite amount of time that allows you to look at the fabric and consider buying it. The second thing is useful is bases, B, a, s, e, s. And that really is what type of fabric is being manufactured for the design. So you could have one design. Imagine this beautiful woman with um, like afro hair. I bought some of that from Queenora. Um, and that comes in a knit such as a double brush, poly cotton Lycra swim. Um, what she calls Liverpool Ponti, all of the, it comes in these knit, these different knit types. And it also talked sometimes comes in swim, which is a woven or a canvas and other type of woven fabric.

Lisa: (03:30)
So those are the different bases that the fabrics come on. And that's kind of neat because I don't often find in retail stores of fabric that looks the same in a knit as well as in a woven. So that's a really creative option that I believe that the custom fabric folks have figured out. The third thing is preorders. So when, when the round is announced and if you are in the Facebook group or if you follow the website or the blog, you know that the dates for the preorder are limited. So for example, the one that I'm talking about now with about with the finer fabrics, black Quinoa that is from, she said September 17th and it closes on October 8th. So you have between the, you have about three weeks, two or three weeks to preorder your fabric. That means you go onto the website, you select the base you want, you select the amount you want and then you pay for it.

Lisa: (04:29)
It's often really good to preorder the fabric because there's no guarantee once it's been ordered and cut and distributed that there will be any extra available. So if you want it, you should go ahead and get it. And that's what the preorder guarantees you. It guarantees you that you will order this fabric and you will get it. Um, another word that I was also confused by was testers. So testers are people who sign up to get the fabric either for free or at a discounted rate and make sample garments and they're able to leave reviews and to post images and to give um, testimonies about the fabric itself and about how it was to sow and what kind of the scale of the prints I think is very important. Um, so all of these things are useful ways that testers help to promote the fabric by having practical application and experience with it.

Lisa: (05:29)
The fifth word and the final one is retail. If you don't preorder your fabric, you can buy some for retail or what they call during the retail period. This is if there's extra leftover, if um, all of it, if they ordered a little too much, then you can buy it just like you would any other purchase from any other online fabric vendor. The down shot of retail is two fold. First, there might not be any retail for the fabric that you want in the base that you want. That's happened to me. And retail tends to be really expensive. Normally that yeah, it's more, no, not really expensive, but certainly more expensive and cotton and custom knit fabrics are custom fabrics in general cost more than fabric you will buy at a brick and mortar store or at a popular online vendor. It just costs more.

Lisa: (06:29)
And so if for example you are looking at a cotton lycra image of that's, that has a black girl or black women on it and right now it, the preorder price is between 18 and $22. When the retail comes through typically, um, it costs more. Another thing I've noticed, and this is just a little bonus word, is what's called B s t and that stands for buy, sell trade. And there are so many custom fabric groups on Facebook and this fabric can be in such high demand that people resell their fabrics in the smallest amount of pieces. You can imagine. I seen people offer for sale of fat, quarter of a cotton like reprint that had a very popular design on it for $50, $50 for a fat quarter of cotton Lycra that had whatever the design on it that was really popular. And so again, another reason to order these fabrics as a preorder is to get it at the lowest possible price to make sure that the order goes through and that it's successful.

Lisa: (07:41)
And then to avoid the frustration of missing out on retail or having to pay or avoid paying of big markup when in the resale market. So that's just a little bit of a blurb about custom fabrics. Um, I just thought that was really a good thing to talk about because I was confused by it. I didn't know much about it when I started, but then I just kept seeing these really amazing fabrics that out had not seen anywhere, um, particularly black centered fabrics with black images on and black children, black women. And I just had to have them. And so this is why I'm super excited to be able to talk to Queenora next week. So to tune in for next week's episode. Now here's another exciting thing. Next month, the month of October is often a special month for those of us who, so especially those of us who, so in the u s in environments where Halloween is popular.

Lisa: (08:44)
Um, for many people, I think Halloween might be the first time or one of the few times that a parents sewed for a kid. So often when I'm talking about sewing, I'm like, oh, did you so or do you any experience? Like, no, I used to make Halloween costumes for my kids or that kind of thing, or no, my parents is so for me. But every year my mother would make a Halloween costume. So these kind of things. Um, I think that the seasonal quality of, um, October is, uh, a time that solely gets drawn into focus. I know that September is the national sewing month, but October could give it a close second I think because something that I find personally irritated because I'm kind of a petty mint Patty, um, that like I'm in Joanne's and then here it is like October 28th and I'm behind someone who has never sold a stitch in their life and they are buying like all of this fabric and the advanced vogue pattern to make this costume. And I'm just like, mm.

Lisa: (09:44)
so I'm, no, maybe it all works out. I don't know. It looks really ambitious and you've never saw before but have fun. Um, so yes, again, I said I was petty. I didn't say I was not. Um, but one of the things that I'm excited about it, what we're going to do at black women's stitch for the month of October is we are going to celebrate BLACKTOBER. Yes. Friends. That's right. BLACKTOBER and BLACKTOBER is the opportunity to celebrate and lift up black women involved in the production of fabric, making, fashion, cosplay, art installations. There's so many things and people that we want to talk to. Um, and so I'm really excited to spend time talking about this, um, this month for BLACKTOBER. So come back and our next week to hear the episode from about custom fabrics. It's about centering blackness and fabric design. And then stay for future episodes of the month of BLACKTOBER, as we said to the work of black women who are making inroads, in practicing these really creative arts and October is certainly a time for that to shine. So thanks again. Thanks for tuning in and, um, tune in again next week and we'll help you get your stitch together. 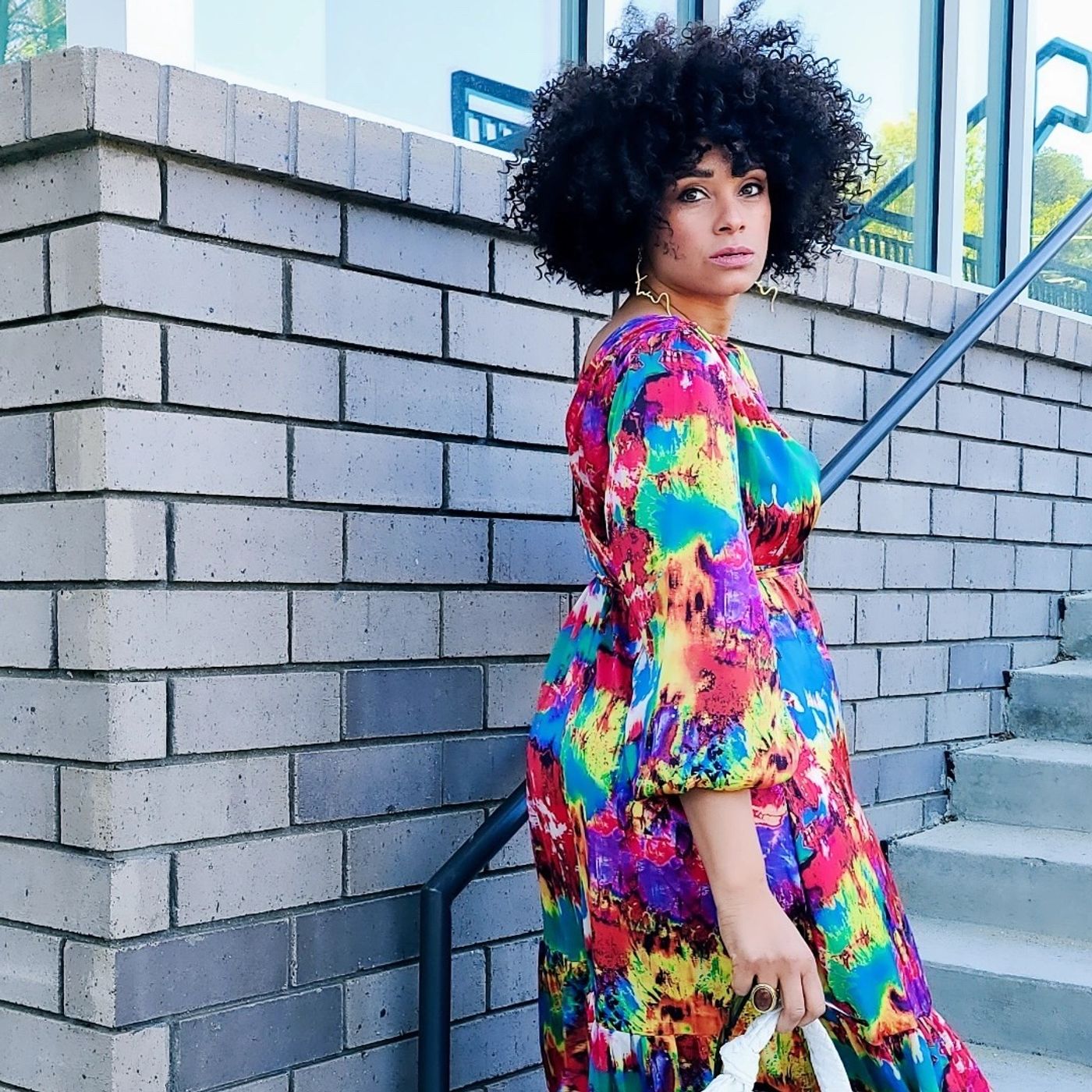 Host: Lisa Woolfork is an associate professor of African American Literature and Culture. Her teaching and research explore Black women writers, the fiction of ... 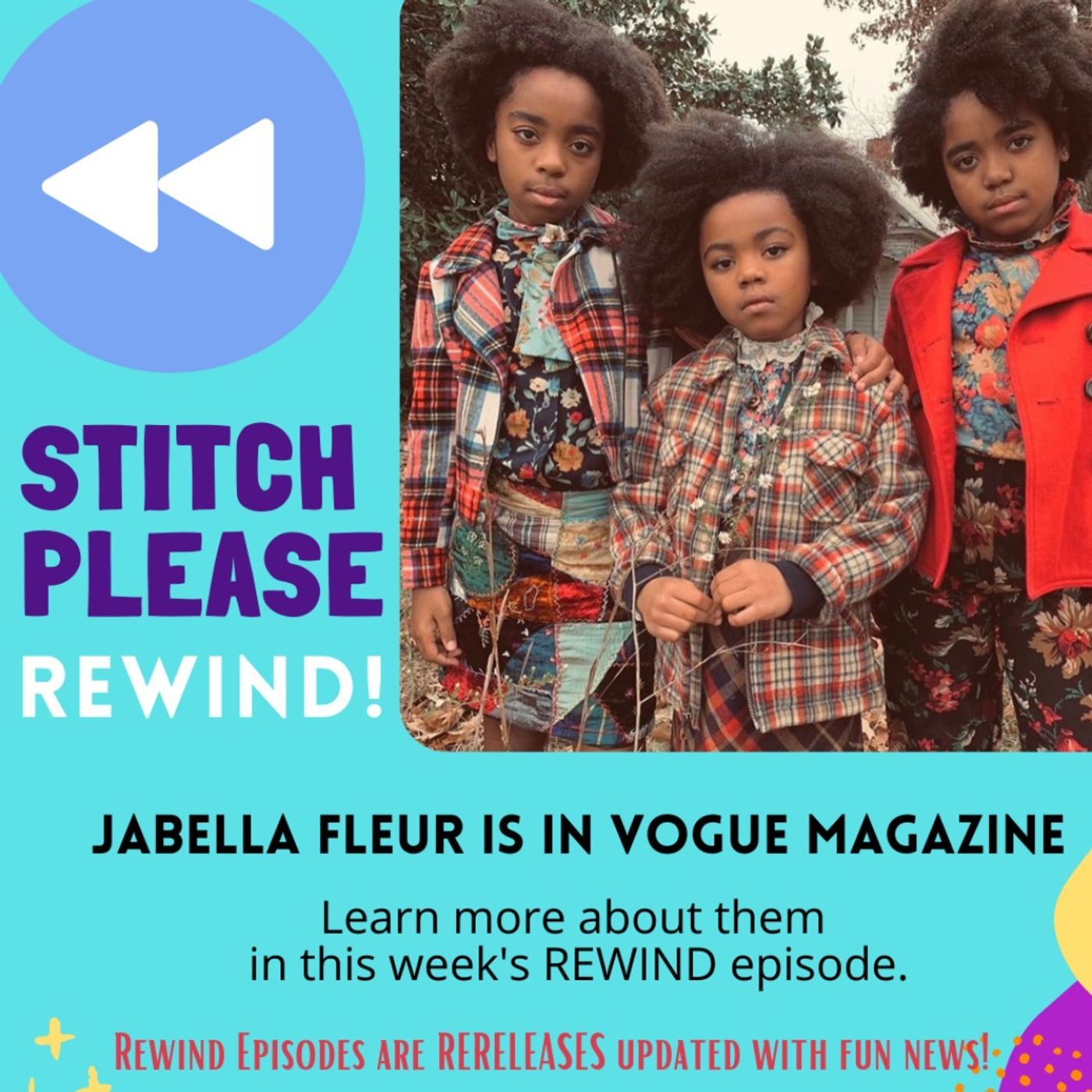 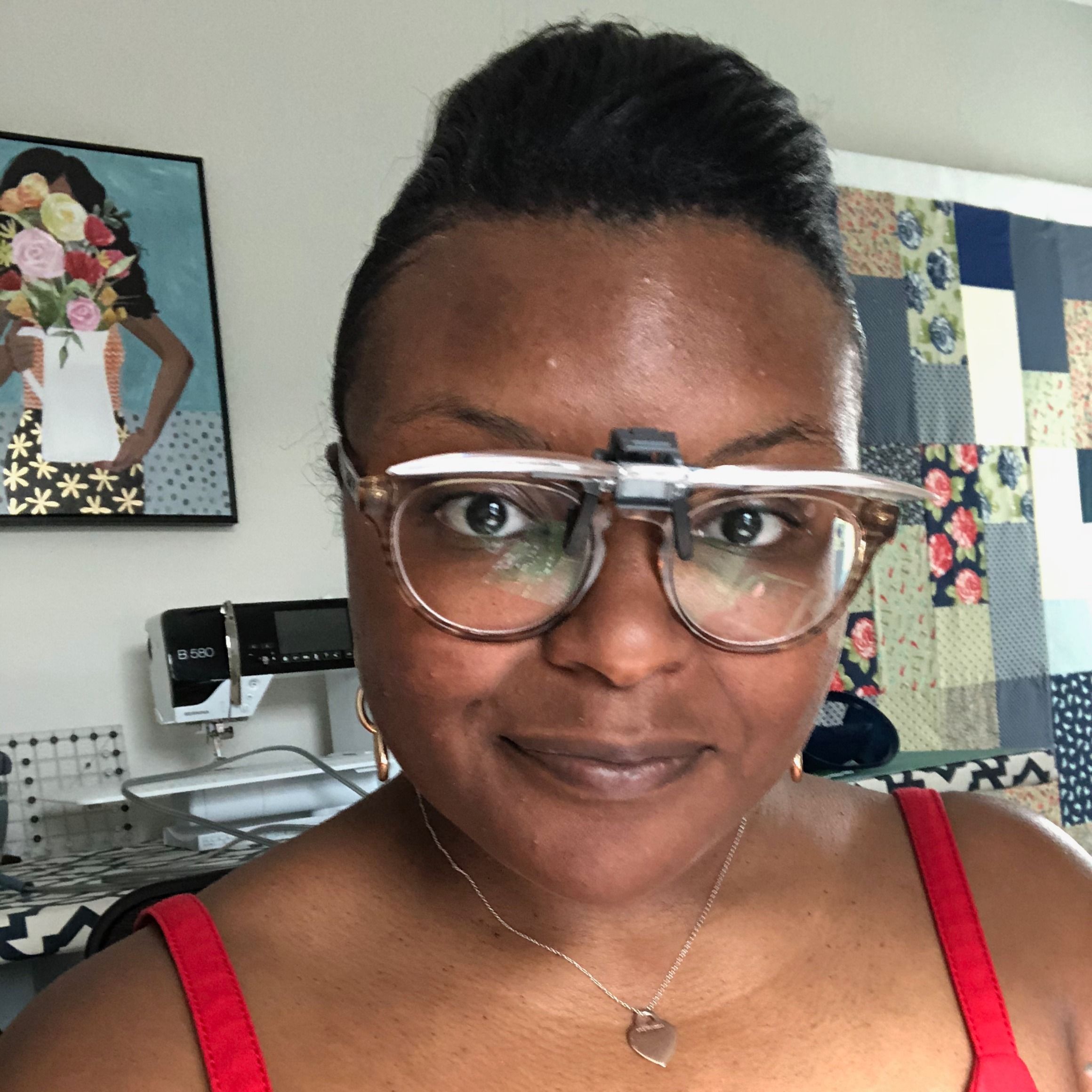